I’ve come to realize that Creative Expression is no less than the salvation of the Human Psyche.
It’s more important to the Community of Man than science, religion or even food and water.
The bulk of human suffering can be traced back to suppression of the Inner Child.

A bold statement, I suppose.

Most outward evils manifest from this.

It’s become my goal to reawaken this flame, in my own life and every life I touch, to the best of my ability,
with strength and humor, until the day I die.

I encourage you all to do the same. 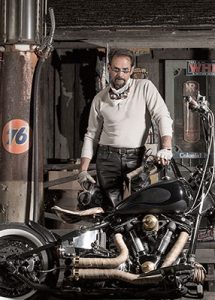 In the beginning, I painted with jam and applesauce, to my mom’s eternal displeasure. Soon, and for decades after, I began painting with various pigments and stains, as grown artists generally did. I’ve been painting with pixels since the computer came along, but I’ve only been painting with words for a few years now. It was an old friend, and sometimes ‘Beta’ reader, who first drew that correlation. Some small part of my brain had always seemed to revise bits of my own life experiences, as well as other people’s books, shows and movies, in the back of my head nearly all day, every day. It was only recently, that I realized that not everyone’s head did that. Now, I give that small part of my gray matter free rein for a few hours every single day, as best I can.

My life has not been one many would consider very ordinary. In fact, many might consider much of it haphazard wandering, or worse. I lived wild in the tropics for a few years, half expecting the various governments of the world to blow the holy hell out of us all. I’ve done virtually any job that required a strong back and little else. I’ve worked as a lumberjack, a truck driver and a male stripper. Originally, I walked away from a half-baked career in engineering to struggle as a graphic artist in a state on the far side of the country. That, in turn, evolved into a quarter-century gig teaching illustration and graphics at a small California college. I raised a son, on my own for many years, and helped to raise his older brother as well. I never married, but I’ve had my heart dismantled a time or two — and I’m not proud to say, I’ve probably done much the same to a heart or two, myself, along the way. Where little of such a background would seem to be of much use to most people, it had the fortunate side effect of setting the stage for me to be a halfway decent storyteller, with plenty of strange experiences and colorful characters to draw upon, as I do.

I began writing a novel (you can’t tell, but that term is in ‘air quotes’) twenty some years back, but all I had to show for the better part of two decades of work was a really thick notebook, bursting with scraps of dialogue, action scenes and random notes, but only about sixty pages of actual written material. Five years back, I finally got serious. I won’t bore you with the details of the circumstances leading to the epiphanette that changed my approach. Suffice it to say, I finally began writing first thing every day, and now I am eighteen novels and novellas in, and counting. As my associates and I travel through the tedious, soul-battering process of edits, rewrites and re-edits, those first projects are finally ready to offer up to you, the novel loving public.

What you will find here, is the end result of all I have just shared with you. I hope you find escape and enjoyment among these worlds and characters, and I hope, at least some of these imaginary souls I’ve come to love — and sometimes hate — have a similar effect on you.