The Embers Cycle, part of the Phoenix Colony Chronicles, follows a handful of characters who survived the ‘Betrayal’ of the Bishop, Beryl of Rynn, that all but wiped out the MoonRydr Protectorate in one deadly stroke.

These characters do not appear in the early installments of the MoonRydr Cycle, and are thought to be lost to the ‘Betrayal’ as well. The Embers books follow these important characters through the 30 year time frame of the first three MoonRydr Cycle books. 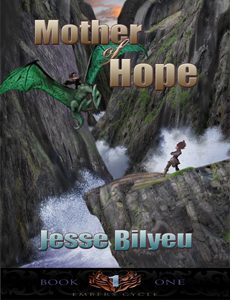 After giving over her newborn twins to a stranger about to escape the dungeon she gave birth to them in, Rachel Kathleen, Ra’leen now that she had bonded with a pterosaur for life, struggles to escape alone in the confusion.

After a year of running, Ra’leen reunites with the young girl An’drea, who had escaped the tyranny of the Bishop’s Church of the Pure Source. Together, they hide for a time, eventually being adopted by the indigenous Ly’zarl’ikar, ultimately rising up against the evil force controlling their new land. 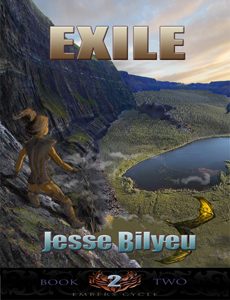 Book 2 of the Embers Cycle follows three other survivors Beryl’s Jihad, in their self-imposed exile. Rianna Stone is stranded in the Exile Mountain’s massive crater when her wounded pterosaur crashes there. Buttercup’s wings are damaged too badly for her to ever escape the towering crater walls and Rianna spends years exploring in search of some escape—for her, at least, if not for her loyal beast.

Simultaneously, Jedediah Stone, Rianna’s nephew, along with his wife, followed the surviving remnant of the Reptyl Nation when the majestic creatures abandon the world of Men for the isolated islands of Syt. There, they raise a family who know nothing of mankind, or its woes. Until, as young adults, their children demand to return to the world of their ancestors. 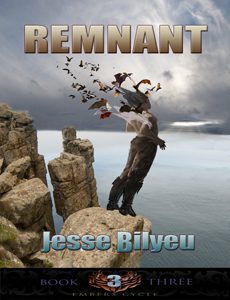 Remnant, Book 3 of the Embers Cycle, follows the half-life of the ‘unbonded’—those poor unfortunates who lost their reptilian BondMates to the ‘Betrayal’, but not their own lives.

Styvan Aimes, once a noble MoonRydr, now only half a man, hides in plain sight in the very shadow of the monster, Beryl of Rynn—awaiting the opportunity to contribute to the rebellion he fears will never come.

His life saved more than once by hedge-lizards—the tiny cousins of the mighty pterosaurs the MoonRydrs rode in service to the People and Fair Law—Styvan reluctantly accepts his unwanted survival, and their friendship. It is a friendship that one day will shift the culture of the continent, after the fall of the Bishop and his horrid jihad.