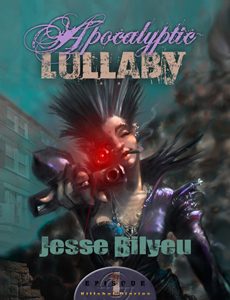 Punkin Evelyn Brustah, a six year old girl, finds herself the last human alive after a meteor storm brings about a zombie apocalypse. Alone in her paranoid uncle’s fully stocked survival shelter, she lives safe and sound with her pet anaconda until her 15th birthday. All the considerable resources of the shelter depleted, she must now brave the topside world for provisions.

Along the way, she befriends a wounded puppy and frees a chronicler she will never know. In her othewrworldly music, Punk-E discovers a secret that could free the world from the scourge of the undead. But she must survive in the topside world, to see it done.

Don’t forget to subscribe on the Home page and receive Apocalyptic Lullaby as a FREE download in either iBook or Kindle formats. 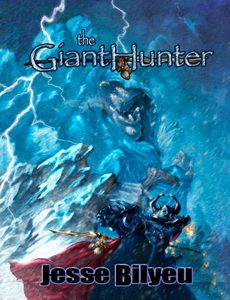 Rahik, the Giant Hunter, pursues the last of the scourge of giants, after the death of his family to one of their kind. Or so he believes. Tragedy in the highest mountain pass, leaves Rahik alone and unarmed as he pursues his blood vengeance. What he finds in his quest transforms him completely.

In learning the truth, the Giant Hunter discovers humanity’s true purpose as Stewards of the Earth, conquerors no longer. 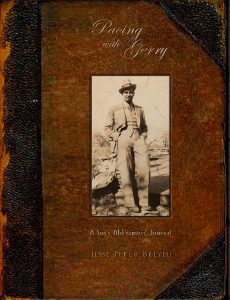 This memoir follows my experiences with my dad in the final years of his life. Diagnosed with Alzheimer’s at the age of 89, his last few years of life were a slow crumble from a dynamic, brilliant individual, toward virtual non-existance. In the process, I saw evidence of the man, and later the child, he had been before I came into the world. The disturbing foreshadowing of what might well await me in my final years has taken decades to process and accept.